The Blockchain pendant consists of eight square cubes put together apparently random. A single cube traveling through time and space – rendering a sequence of positions before the beholder. But there is order in chaos. Every second cube has a built in LED panel designed and directed to spread an even light on whatever is below. The cubes form an angular silhouette seemingly floating in the air. 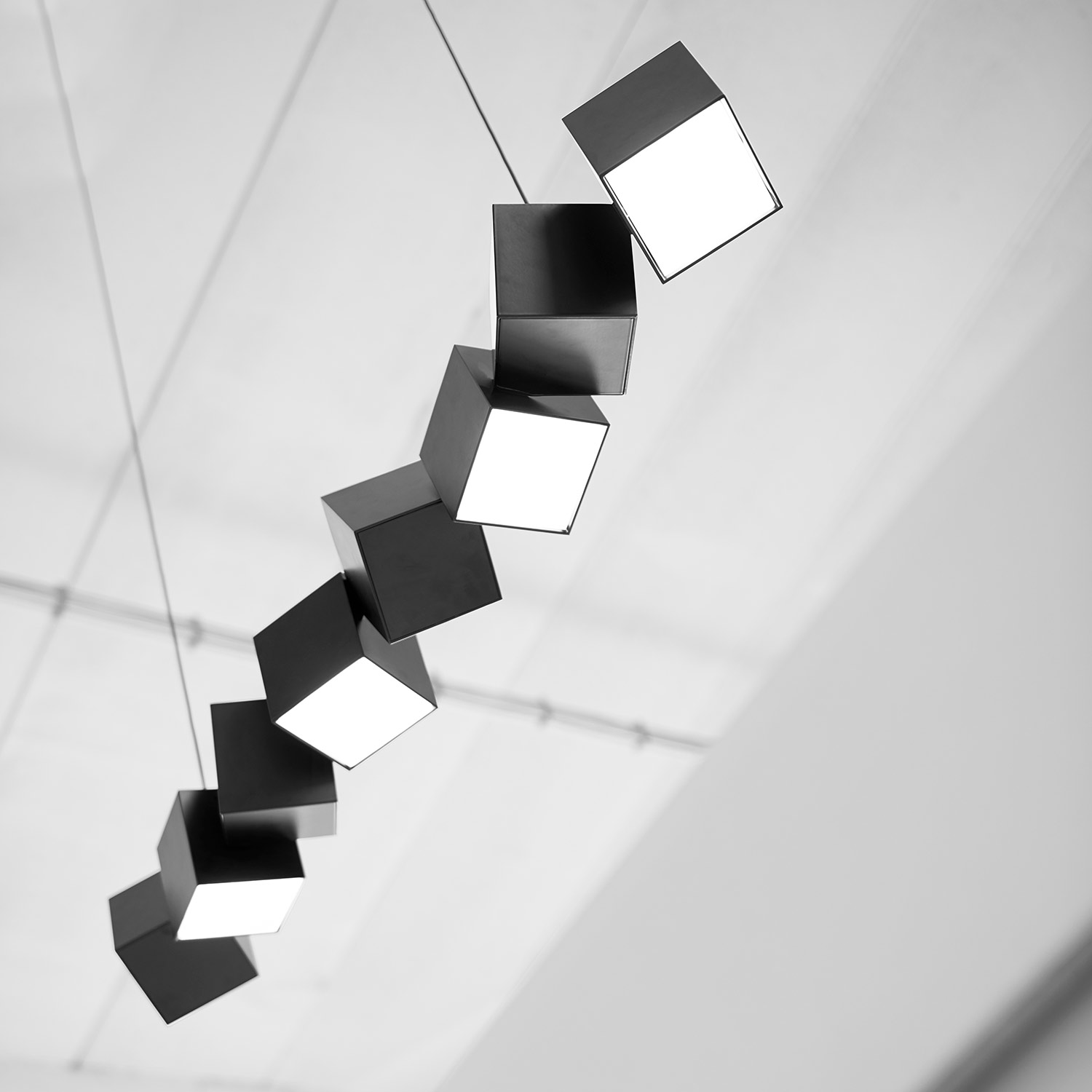 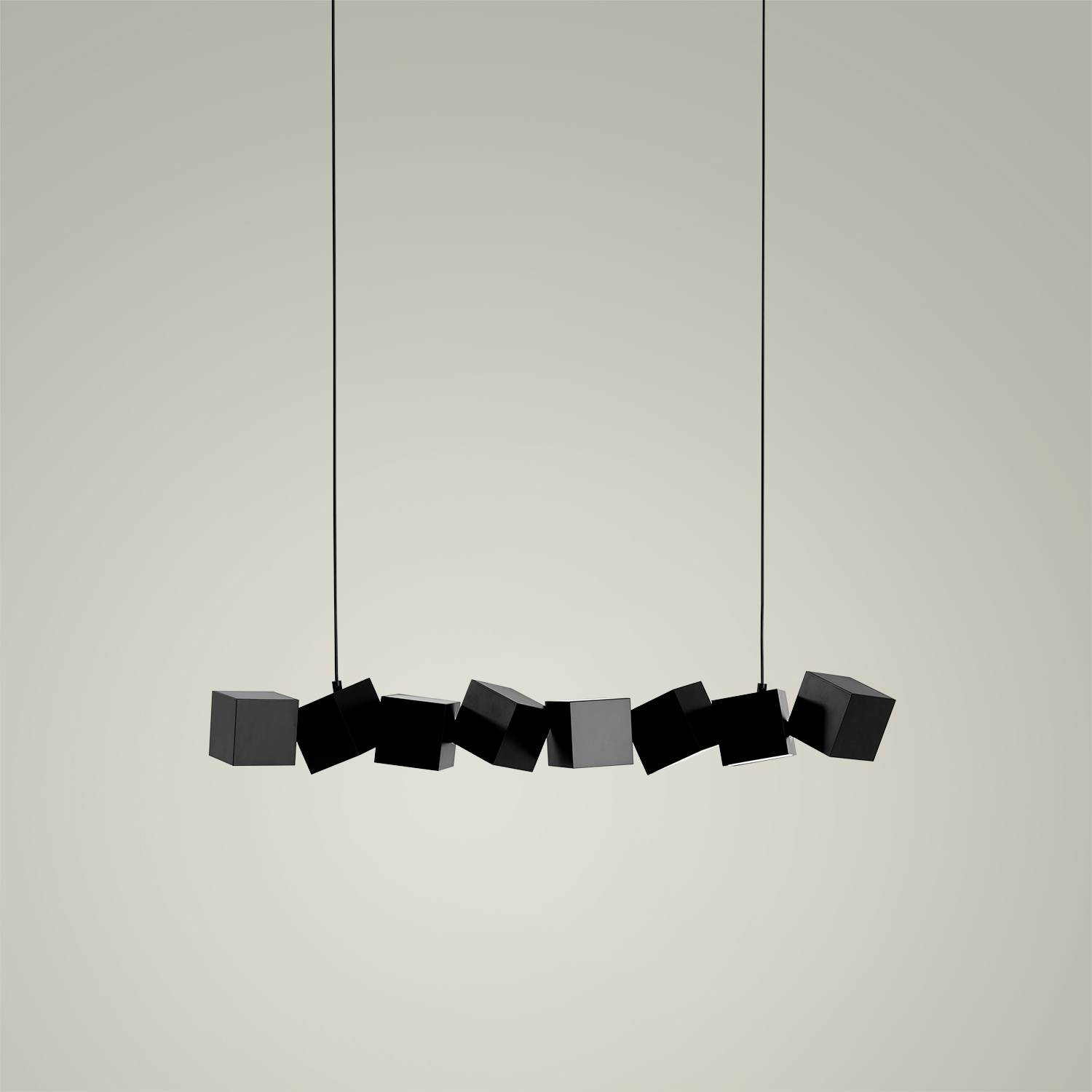 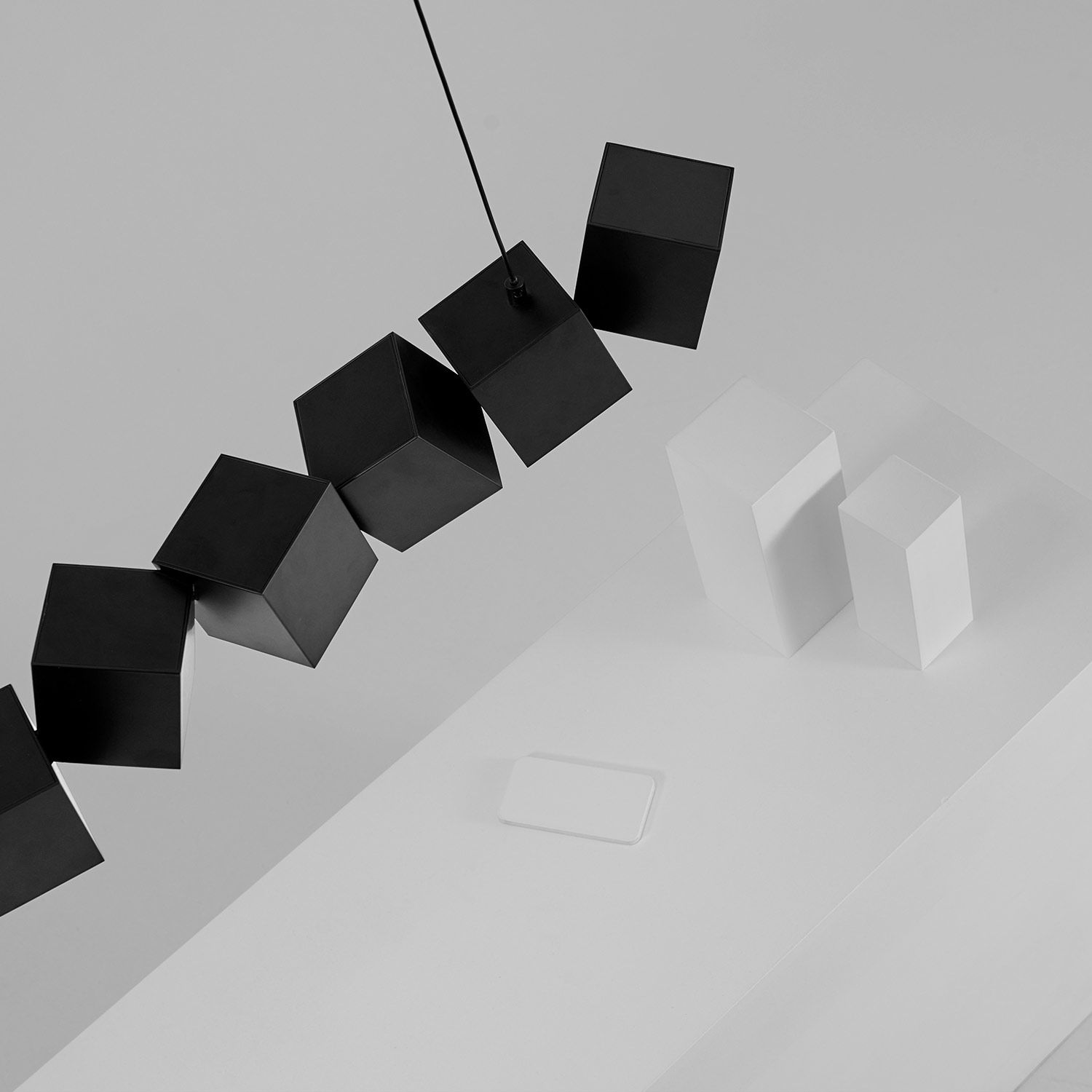